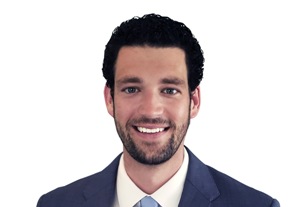 How do you view the outlook for your business in the MENA region? What are the main challenges and opportunities?

The outlook for upstream energy investment in MENA is the best that the industry has seen in several decades. Many years of structural underinvestment in supply, combined with energy security demand drivers globally, has created an environment in which MENA is poised for a significant, multiyear expansionary cycle.

For NESR, there are exciting opportunities in traditional oilfield services, including landmark contract wins in the high-end Directional Drilling market, and also in decarbonisation technology through NESR’s ESG Impact segment.

What priority does NESR attach to supporting the energy transition and emissions reduction?

NESR announced its newest business segment, ESG Impact, during the 2021 FII in Riyadh as a pivotal strategic commitment to upstream decarbonisation through NESR’s unmatched open technology platform. Since the announcement, NESR has formalised more than a dozen partnerships with, and equity investments in, ESG Impact technology innovators across water treatment, emissions detection, flare management/CCS, and heat capture. Driving decarbonisation through nimble technology importation and development is a leading priority and business growth objective at NESR.

How are you supporting your customers in their decarbonisation and sustainability objectives?

What role do Voluntary Carbon Markets (VCMs) play in accelerating the decarbonisation journey of MENA and the energy industry?

Technology development aimed at lowering the carbon intensity of energy production is only half the battle, as investment capital and project financing are also needed to support technology deployment & proof-of-concept in the field. Visionary NOCs like Saudi Aramco & ADNOC are leading the way in terms of R&D investment, but NESR also sees the emergence of Voluntary Carbon Markets (VCMs) across MENA as a critical catalyst to connect technology providers such as NESR to global capital markets that are hungry for sustainability projects to invest in. VCMs unlock carbon abatement as a value stream, and represent a key investment driver for a particular project, in the form of Carbon Offsets (measured in CO2e tons) that can be traded and retired by companies with ambitious carbon neutrality targets to meet. Holistic collaboration between VCM architects, VCM standard-bearers & methodology-setters (such as the UN Framework Convention on Climate Change), independent project auditors, country resource ministries, and local communities can ensure that decarbonisation projects benefit in-country stakeholders by supporting ICV and localisation of human capital and supply chains. As the National Champion of MENA, NESR is proud to participate in and support the burgeoning VCMs in the region.