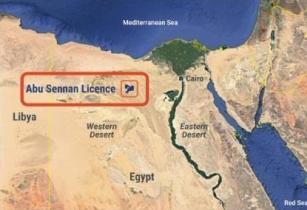 United Oil & Gas has announced successful test results and commencement of production from the Al Jahraa-13 development well (AJ-13), in the Abu Sennan licence, onshore Egypt, which is operated by Kuwait Energy Egypt

As previously announced, the AJ-13 well, which is a follow up to the successful Al Jahraa-8 well, safely reached a TD of 3,840 m, several days ahead of schedule and under-budget. The well has been logged and interpreted to have encountered 17.5 m of net oil pay across the Upper and Lower Bahariya reservoir targets, in line with the range of pre-drill expectations.

The AJ-13 well is the fifth and final well in the Abu Sennan 2021 drilling programme. The ECDC-6 rig, used to drill the AJ-13 well, will now move to commence the 2022 drilling programme, starting with the ASD-2 development well. The ASD-2 well follows on from the exploration success that was made in 2021 with the ASD-1X well. It will target the Abu Roash reservoirs in a more northerly part of the same structure, aiming to access the upside reserves and accelerate production from this field.

United holds a 22% working interest in the Abu Sennan licence.

United's CEO Brian Larkin commented, “AJ-13 has been brought on stream in less than eight days from completion using the existing facilities and generating production and revenue for the company. With initial gross production rates of 600 bopd we expect the well to pay back in under nine months, similar to previous wells.