No bid for Iraq oil 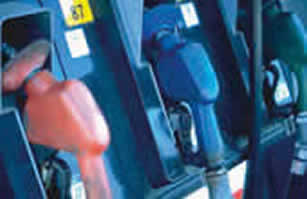 BG INTERNATIONAL OF the UK, US company, Anadarko Petroleum Corp., and Wintershall Holding AG's BASF SE of Germany are not planning to submit offers to develop Iraq's oil and gas fields announced in the first bidding round, an authorised oil ministry spokesman said.

"Out of the 35 prequalified international companies eligible to bid for developing Iraqi oil and gas fields, only three didn't buy information packages," the official told Dow Jones Newswires by telephone from Baghdad.

"They are BG, Anadarko and Wintershall." According to procedures announced by the oil ministry, any company which failed to buy one of these oil and gas fields packages, could not submit bids to compete for the six oil and two gas fields included in the first bidding round which Iraq announced last June. A spokesman for BG in London contacted by Dow Jones Newswires said he would comment on this report later on. The remaining 32 companies, including the world's oil majors, are expected to submit offers to compete for long-term service contracts to develop one of the world's largest oil fields, according to the spokesman.