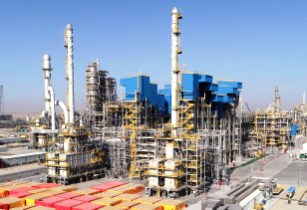 Claimed to be the largest refinery in the Middle East, Al-Zour will enable Kuwait to become the biggest clean oil-producing country in the region with an annual processing capacity of 3.150 tonnes.

Launched in October 2015, the Al-Zour refinery project is the latest achievement of Sino-Kuwait cooperation, which also has the record of being the largest one-time construction to date.

The refinery is being built with an investment of US$1.39bn and produces mainly gasoline, diesel and kerosene to Euro five emission standards, according to the corporation.

As one of the general contractors of the Al-Zour refinery project, Sinopec Luoyang Engineering adopted an intelligent collaborative work system and used virtual designs to coordinate with global partners and share data to complete the 15 process plants, including the hydrodesulphurisation plant.

An emphasis on locally-sourced materials has created a boost to the manufacturing industries of Kuwait as well as the development of the local economy and providing a large number of employment opportunities.

Usama Ali, project manager of the Al-Zour refinery, hopes that Sinopec will continue to participate in further projects in Kuwait.

The Al-Zour refinery will provide high-quality clean fuel with high added-value for the global market, it is also a new milestone for Kuwait as the country pushes forward national economic transitions.