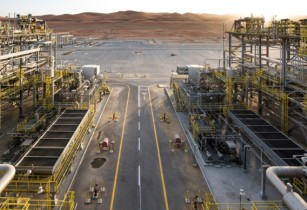 With Saudi Arabia’s strategy to expand its industrial base, the Saudi government approved its state-owned oil and gas company Saudi Aramco’s plan to set up two new companies that will develop and operate a new energy industrial city in the kingdom

According to the official Saudi press agency (SPA), the new industrial city will be developed on a 50 sq km of land in the oil producing region and will be close to Abqaiq, a Saudi Aramco gated community and oil-processing facilities located in the eastern province of Saudi Arabia.

In a statement to Reuters, Aramco said that it will set up a new company to handle operations and maintenance of the proposed industrial city.

A decline in Saudi Arabia’s economic growth due to the low oil price has led the Kingdom to focus on manufacturing sector to create jobs and produce goods and services which it has traditionally imported.

The government has undertaken the strategy to fund and procure budgets of state-run companies as Saudi Aramco, in order to attract foreign expertise to develop the strategic industries in the Kingdom.

In the proposed industrial cities, state institutions will play key roles in designing, planning and raising finance, with an aim to attract private investment as part of Saudi government's efforts to boost development projects.

The sources said that the investments in the new industrial city are expected to reach US$4.4bn.

According to Fadl al-Buainain, a Saudi economist, “Expanding energy industries will achieve the target set by the kingdom to promote local content, the energy city is the core of localising the solar industry for example as well as oil and gas services and the establishment of two companies could be seen as something that is in line with the arrangements of Aramco's privatisation plans.”

In May 2017, the company signed deals to build the largest shipyard in the gulf region which is worth US$5.2bn. Aramco initiated the project through a joint venture with three companies, aiming to reduce the economy's reliance on oil and create jobs as a key part of Saudi Vision 2030.