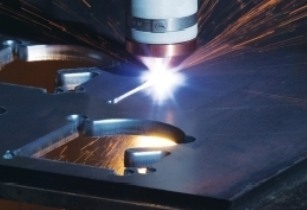 Advanced cutting systems manufacturer Hypertherm has announced the release of the MAXPRO200, a 200 amp LongLife air and oxygen plasma system

The system, which has been engineered for heavy-duty, high-capacity cutting and gouging, boasts the fastest cut speeds, best-cut quality and lowest operating costs in its class. Additionally, the combination of LongLife technology and excellent Air/Air and O2/Air cut quality enables operators to cut more parts per hour and minimizes the need for secondary operations.

Other features of the MAXPRO200 include:

“The MAXPRO200 is a true workhorse for companies demanding great cut quality along with high productivity and low operating costs,” said Aaron Brandt, leader of Hypertherm’s mechanised systems team. “It is engineered to deliver superior reliability in the most demanding production environments.”

Hypertherm designs and manufactures advanced cutting products for use in a variety of industries such as shipbuilding, manufacturing, and automotive repair. Its product line includes handheld and mechanized plasma systems and consumables, as well as fiber laser and now waterjet products, in addition to CNC motion and height controls and CAM cutting software.

Hypertherm systems are trusted for performance and reliability that result in increased productivity and profitability for hundreds of thousands of businesses. The company’s reputation for cutting innovation dates back more than 40 years, to 1968, with Hypertherm’s invention of water injection plasma cutting. The associate owned company has more than 1,300 associates along with operations and partner representation worldwide.