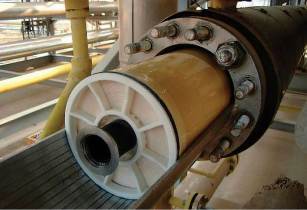 Honeywell’s UOP Separex Flux+ is a drop-in replacement for the membrane elements in existing Separex membrane systems. Separex Flux+ increases the removal of contaminants, such as acid gas and water, which must be removed before natural gas can be transported by pipeline for commercial use.

In addition to increasing the amount of gas that can be processed in the system, the membrane element removes more carbon dioxide per unit membrane area than existing membrane products. This helps debottleneck downstream processing units, lowering overall operating costs for gas producers.

Designed to a compact footprint, the units can be installed on-shore or off-shore, require little to no utilities, and provide for very short start-up times and high turndown capabilities.

Honeywell’s UOP also offers technologies to recover valuable natural gas liquids (NGLs). The business has supplied technology to more than 3,600 individual process units for gas processing in a broad range of applications through the world, including Floating, Processing, Storage and Offloading (FPSO) vessels.

Honeywell’s UOP Gas Processing and Hydrogen business has also expanded its global footprint, opening a gas processing design centre in Kuala Lumpur, Malaysia, in 2008. In 2011, it opened a manufacturing and operations centre to produce natural gas membrane elements in Penang, Malaysia, to better serve growing natural gas markets in Southeast Asia and around the world.