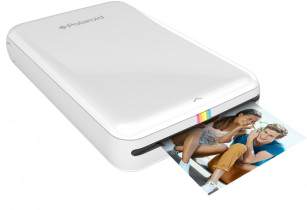 The company is the authorised master distributor for all Polaroid products in the MENA region.

The new unit packages instant printing in a pocket-sized device allowing consumers to print photos from any Bluetooth-enabled smartphone or tablet. There’s a dedicated mobile app available for both iOS and Android, which allows the Polaroid Zip mobile printer to connects to any smartphone or tablet. Users can instantly print two-by-three-inch colour photos from any image on their Apple or Android device.

Founder and CEO of Jeetek Group Jihad El Eit said, “The new Polaroid is a small device that easily fits in your pocket but can meet the demands of a high-quality printer. It brings the Polaroid experience into the mobile age by allowing users to quickly and easily print and share their favorite photos anywhere, proving that there is still something special about sharing a physical photo.”

The Polaroid Zip has been created by design firm Ammunition, which has created several award-winning consumer products such as the Polaroid Cube, the Beats by Dr. Dre line of headphones and speakers and the Square Stand from Square. The printer app can be downloaded for free on Apple's iTunes and Google Play.