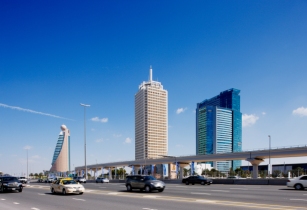 Gulf Print & Pack 2015, which took place on the 13-16 April 2015 at the Dubai World Trade Centre, welcomed visitors across 110 countries and featured more than 300 exhibitors

“We are delighted with the amount of business conducted at Gulf Print & Pack 2015. The show has being gaining momentum every year and this edition has been the biggest and best ever to date. This year's show was unquestionably upbeat and was a real buying show with many exhibitors selling everything on their stands,” said Mike Simmonds, event manager at Gulf Print & Pack.

“The exceptional level of business being done on the exhibition floor firmly positions Gulf Print & Pack as the region's largest and most effective exhibition for commercial and packaging printers, brand owners and industry suppliers," added Simmonds.