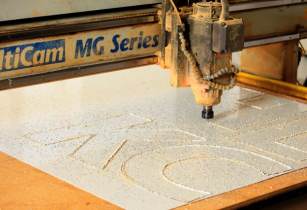 Fastsigns is the worldwide franchisor for more than 575 sign, graphic and visual communications centres in nine countries.

According to the company, the Dubai centre on Sheikh Zayed Road is the first of 12 planned centres in the UAE. In addition, the company plans to open outlets in 25 centres in North Africa, specifically Morocco, Algeria, Tunisia and Libya.

“As we continue growing Fastsigns globally, partners like Hamdi are essential to our brand’s success,” said CEO Catherine Monson. “Every business needs help informing customers, directing visitors and selling more; so we are seeing a strong demand for our products and services in both developed and developing countries.”

Outside of Osman’s master franchise agreement, the company is continuing to expand in the Middle East with two new centres in Saudi Arabia planned to open later this year by another master franchise partner. Due to the need for the franchise’s services, Fastsigns is also seeking additional master franchisees to develop the region. Through its targeted growth strategy, the company plans to open upwards of 50 locations each year for the next three to five years across the globe, entering 10 new markets. The company is specifically seeking growth opportunities in Mexico, Southeast Asia, Central and South America, India, and the Middle East.