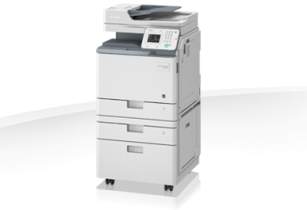 The four are feature-rich A4 colour multi-functional devices (MFDs) and are meant to enable businesses, said Canon Middle East.

For the first time, the company has used a separate toner and drum technology on the A4 colour imageRunner range to reduce waste and achieve greater efficiencies in printing.

With a robust design capable of a maximum duty cycle of up to 50,000 pages, the new models produce impressive high-quality colour prints. In addition, the latest range of imageRunner devices has the V2 Vivid and Vibrant technology, which produces professional-looking colour business documents for better impact.

The new printers are also the first imageRunner devices to support the Mopria mobile printing standard and are equipped with extensive connectivity options to support mobile working.

Canon’s printers can integrate with existing IT environments due to their range of options for enhanced IT support. At the same time, the devices also have Department ID functionality, which helps deliver basic print policy controls such as restricting the use of colour to certain individuals. This allows organisations with smaller operations control costs.

The devices are Energy Star-certified and feature class-leading TEC ratings, with power consumption figures of less than one watt in sleep mode.