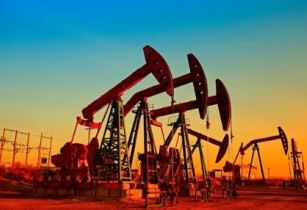 Monthly oil consumption is now near pre-2020 highs and set to rise further, especially in emerging-market and developing economies amidst a tepid recovery in global supply.

Upside trajectories for demand and prices include:

OPEC+ group ‘supply management policies’ – after cutting production by around 10 mmbbl per day in 2020 due to worst health epidemic in over 100 years, OPEC+ is now adding 400,000 bpd to collective output quota/month until September 2022 when each country hits their baseline. There are doubts if producers can boost production sufficiently in coming months even at elevated prices. In fact, only Saudi Arabia and the UAE currently possess spare capacity, i.e., where ‘additional output’ commences within 30 days and sustained for at least 90 days.

The Energy Information Administration (EIA) estimates OPEC's spare capacity could fall to 5.11 mmbbl per day by Q4 2022, compared to nine mmbbl per day Q1 2021 – largely due to insufficient investment in petroleum supplies. Underproduction by Nigeria, Angola and Russia (struggling to reach their quotas) could become a major upside for oil this year.

Heightened geopolitical tensions can spill-over into lower global crude supplies. Russia (third largest oil producer) could potentially face USA led sanctions on its oil exports in events of military action in Ukraine. Likewise, worsening civil unrest in Kazakhstan (which produces 1.6 mmbbl per day) and/or political disintegration in Libya would stop over one mmbbl per day from conflict-ridden country.

Meanwhile, global oil inventories dropped substantially in 2021 to below five-year average, indicating an under-supplied market and higher drawdowns. Consumption is likely to break records in 2022 and 2023 as government spending on economic recovery and the energy transition continues to support demand.

Record gas and coal prices since the Q4 2021 in Europe and Asia have led the power sector and energy-intensive industries switching from natural gas to crude – hence creating additional oil demand when market is fundamentally tight.

A return to widespread mobility restrictions if occurrence of new Covid-19 variants disrupts business activity and travel in more developed economies, at a time when fiscal- and monetary stimulus polices are already or nearly exhausted. A weakening of economic growth due to global supply chain disruptions – hence slowing energy demand.

Emerging-market currency crisis in several oil-importing countries as US dollar extends its rally. Oil priced in greenback becomes more expensive (in local currency) when USD appreciates versus counterparts. This raises the possibility of a drop in oil consumption from a short-term price hike.

The return of Iranian exports if Tehran and Washington strike a new nuclear deal, thereby Iran re-joining the joint comprehensive plan of action (JCPOA), albeit a difficult negotiation process. Iran’s 2021 output (2.4 mmbbl per day) was down on 2017 figure (3.79mn bpd). Higher Iranian supply alongside rising US shale oil production would swing the balances into a sizeable surplus – thus prompting weaker prices in H2 2022.

From a technical point of view, crude oil’s high range could be (US$75-85) and low range (US$55-65). The market, however, vulnerable to headwinds is incredibly hard to predict.