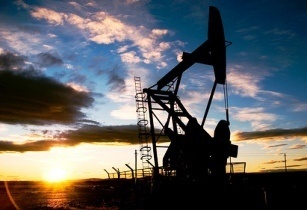 The US shale revolution is reducing America’s reliance on energy imports and fueling new domestic industry opportunities but this should not worry the Middle East market, says Christopher Gunson, ‎lawyer at Pillsbury Winthrop Shaw Pittman LLP in Abu Dhabi

Many commentators have speculated that this will create a new geopolitical balance, one that will weaken the traditional oil and gas producers of the Middle East, such as Saudi Arabia. But the impact of the shale revolution on the global oil and gas supply chain is misunderstood.

The role of Middle East oil exporters in the global economy remains secure and the direct impact of US shale on the global market is commonly overestimated.

Crude oil comes in different density grades (heavy or light) and with different levels of sulfur. Shale oil is light with little sulfur, yet many US refineries are designed to accommodate heavy sulfur-rich crudes, typically imported from Canada, Venezuela and Saudi Arabia. These refineries cannot be easily recalibrated to refine light sweet shale crude oil, which means that heavy high-sulfur crude oil will continue to be imported into the US oil refining and petrochemical supply chain.

Arabian crude oil share predominately exported eastward to Japan, China, and Korea. This supply chain will remain unchanged. Simply put, US shale oil cannot easily offset traditional Arabian oil supplies to Asia — the oil requires different refining capabilities and there is geographic logic in the existing supply chain. The immediate impact of US shale oil production is to reduce imports of light oil from producers such as Nigeria.

In the future, US shale oil will compete with similar density crude oil in the global market.

Natural gas is a much more challenging commodity. Historically flared as a waste product associated with oil production, gas must immediately be captured and processed, transported through a pipeline network, and then supplied for power generation or as feedstock for the chemical industry. It is very difficult to store natural gas in significant quantities.

To export gas over long distances, significant capital investment must be committed to develop facilities to liquefy gas into LPG or LNG. Because of such logistical challenges, in recent years, the price of imported gas in Japan has been more than four times the price of local shale gas in North America.

Some US shale gas will enter the global market as LNG terminals are developed, but new supply will be met with new demand. Demand for natural gas is steadily growing across the globe. India has a growing demand for gas that will increase as its economy continues to grow. Japan needs gas now more than ever given the shutdown of its nuclear power plant. Even the Middle East is facing a shortage of natural gas, with oil exporters such as the United Arab Emirates and Kuwait now importing LNG from the global market.

The shale revolution has moved the US closer to energy independence and revived the domestic chemical industry, but the role of Middle East oil and gas will remain just as important in the global supply chain.