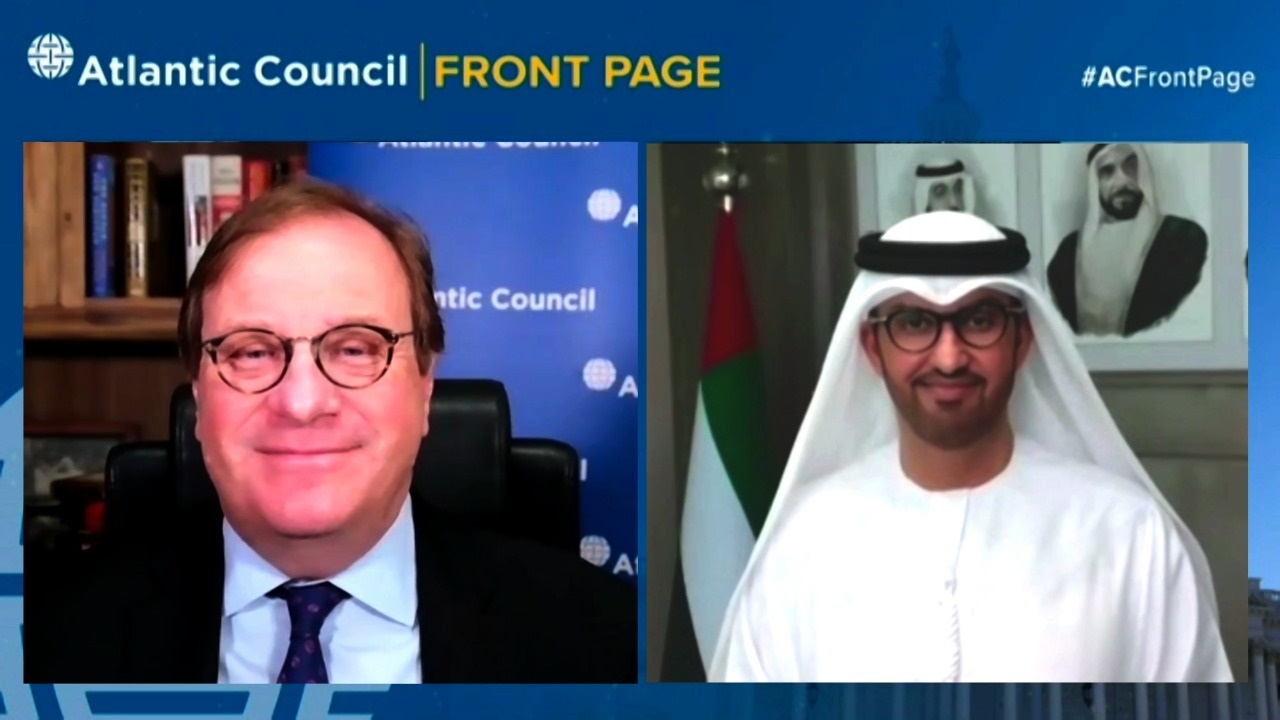 UAE Minister for Industry and Advanced Technology, and Special Envoy for Climate Change, His Excellency Dr. Sultan Ahmed Al Jaber, has highlighted how the UAE’s commitment to progressive climate action can lead to greater economic opportunity

In a conversation with Fred Kempe, the president and CEO the Atlantic Council, H.E. Dr. Al Jaber remarked, “Progressive climate action is not only necessary, it can also be a powerful economic driver, and if we do it right, it can actually put the world on a new low carbon/high growth development trajectory. So we need to start looking at the climate challenge as an opportunity.”

H.E. Al Jaber noted that the commercial case for investing in renewable energy has never been stronger, citing recent data from IRENA that confirmed that 2020 saw the largest increase in installed renewable capacity in the history of the sector, with 260 GW added, despite the economic headwinds caused by the global pandemic.

The UAE is leveraging these commercial realities and its record of leadership in clean technologies to rally regional support for accelerated climate action ahead of COP 26. Speaking days before the White House convenes a leaders summit on climate that will bring together 40 countries, including the UAE, H.E. Al Jaber assessed the significance of US Special Envoy John Kerry’s recent visit to the UAE for the MENA Regional Climate Dialogue convened in Abu Dhabi.

H.E. Al Jaber said, “His visit was significant, because it brought together one of the world’s largest hydrocarbon producers and the world’s largest economy, which is also a major hydrocarbon producer, in a partnership to turn climate action into economic opportunity. While the relationship between the US and the UAE is already very strong, this kind of climate diplomacy delivering tangible outcomes, really reinforces our relationship.”

The Dialogue resulted in two joint statements, one between the region and one between the UAE and the US, committing to raising climate action ambitions ahead of COP 26 that will take place in Glasgow in November.

H.E. Dr. Al Jaber stated that the UAE would build on its track record of renewable and clean tech investments in over 70 countries around the world by seizing on new opportunities that make commercial sense. He commented, “We have been very successful at leveraging private and concessional capital to get projects from planning to completion ahead of deadline and under budget. And we are always open to bringing new partners on board, wherever we see opportunities.”

H.E. Dr. Al Jaber also explained the critical and constructive role that the UAE’s hydrocarbon industry will play in the energy transition, particularly as the global economy continues to rely on oil and gas for decades.

“Given that reality, producers must make that oil and gas as low carbon as possible. At ADNOC we have a long history of responsible production that goes back to our origins as a company 50 years ago. We were one of the first oil companies to initiate a zero flaring policy and the first to bring industrial scale carbon capture utilisation and storage to the region. These proactive measures have helped make our barrels some of the least carbon intensive in the world. In fact, our crude grade- Murban- has less than half the carbon intensity as the industry average, and we are always looking to improve our environmental performance with a strategy that will reduce the carbon intensity of our operation another 25% by 2030,” H.E. Al Jaber stated.

Commenting on the role of zero-carbon fuels such as hydrogen in the next 20 years, H.E. Dr. Al Jaber concluded, “At ADNOC, we are well positioned to leverage our existing gas infrastructure and commercial-scale CCUS capabilities to develop blue hydrogen. In addition, we are exploring green hydrogen through the Abu Dhabi Hydrogen Alliance, bringing together key energy and industrial players in the UAE. We recognise that the key to developing the hydrogen economy of the future will be aligning supply and demand, and developing the value chain connecting suppliers with customers in key markets. So, we are identifying viable international market opportunities and developing a roadmap to create a hydrogen ecosystem to serve both the UAE and the global market.”