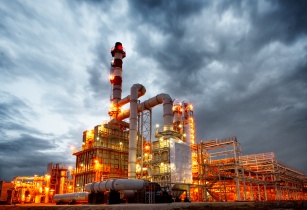 SPM Oil & Gas in Dubai, a leading upstream provider of systematised pressure pumping and pressure control equipment and services, has announced the availability of its new KOP AM20 Series Gate Valves

The KOP AM20 Series Gate Valves reduce NPT and the risk of catastrophic well loss while lowering inventory costs.

The KOP AM20 Series Gate Valves allow and shut-in flow for every operation of the wellhead, tree system and choke and kill manifolds — from drilling and completion to pumping and production. The KOP AM20 Series offers unprecedented safety by ensuring a gas-tight seal from pressures as high as 10,000 psi to as low as 50 psi. An advanced coating guards against high wear, corrosion resistance and low friction factors for low operating torque.

The KOP AM20 Series features a simplified design that is not only smaller and lighter for greater cost savings but also provides part interchangeability to simplify inventory requirements. The KOP AM20 Series withstands harsh conditions for more than 600 endurance cycles—representing a 60-year lifespan—without grease injection. The KOP AM20 Gate Valves increase the maintenance period by 50% as compared to other gate valves in the market. This will reduce valve maintenance cost by at least 50%.

From North America to the Eastern Hemisphere region, SPM Oil & Gas can solve customers’ engineering challenges and improve oil and gas operators’ efficiencies with a comprehensive global product offering and localised service capabilities that meet the needs of each operating environment.