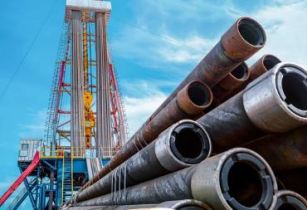 “For six years, companies in the Gulf Corporation Council (GCC) have endured some of the toughest business conditions ever seen in the region, as volatile oil prices forced governments to implement strict fiscal controls. The austerity measures saw the value of contract awards crash from an annual average of around US$228bn a year in the Middle East and North Africa (MENA) region in 2013-15, to around US$111bn a year in 2020 and 2021.

“The lack of new projects and rising payment delays created a cash flow crisis that is still continuing. Companies restructured and downsized, people departed the region and businesses collapsed. As we head into 2022, the outlook is looking much brighter. The rebound in energy demand saw oil prices surge above US$85 a barrel in October, and Brent crude is expected to average about US$71.5 a barrel in 2021, its highest since 2014. Forecasts are even stronger for prices in 2022. With an average fiscal breakeven oil price of US$68.5 a barrel in the GCC in 2021, and US$62.5 a barrel in 2022, the return of budget surpluses is transformative.

“With over US$1.7 trillion-worth of projects in pre-execution across the MENA region, there is a backlog of projects. There will be a rebound in project spending in 2022 and 2023 – perhaps as much as 20%. Saudi Arabia and Egypt, in particular, are set for strong growth," Thompson concluded.