NESR's CEO discusses developments in the Middle East and beyond 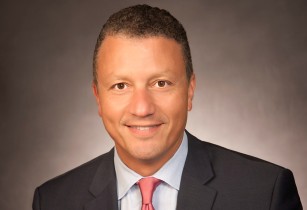 “We are targeting two new countries, which we have successfully managed to enter. The first is Kuwait, where we have won a cementing contract. This is significant for us as it provides a long-term, sustainable revenue stream for the production group, as well as close contact with the customer,” he said.

“The second is Chad, where we have won a contract for coiled tubing services,” he continued. He pointed out that Chad is a landlocked country lacking good infrastructure and the logistics are complicated. Here the company’s strong social responsibility and national content capacity building ethos is coming into play, as it is building the necessary infrastructure to support the business, thereby benefiting the country as a whole.

“That’s why it’s unique and has involved interaction with the government, the ministry and the client. It’s a first for us.” Moreover, in Algeria NESR has been involved in upgrading the infrastructure. “We’re putting in a lot of investment, contrary to the rest of the industry. I think you should always invest in a downturn, do the opposite to the market. Invest, put in the infrastructure and hire people so you are ready for growth. I believe the growth is there for the long term,” he stated.

So, does Foda see the potential for further expansion in Africa? “We like Africa and believe it has growth potential, but we have to be selective. We can’t be everywhere because we don’t have the size, and we don’t want to dilute our image.”

Certainly, NESR is being kept busy in its core Middle East markets such as Saudi Arabia and Oman, and Foda is positive about the region’s growth prospects.

“I think the market in the Middle East will grow much higher than the analysts are predicting, at around 10 per cent year on year,” asserted Foda. “Our target is to double the growth of the region. It’s an aggressive target but it should be because we are the first national company to be listed in New York on the Nasdaq and the largest indigenous oilfield services company,” he noted.

He added that just as the Middle East is home to strong and successful national oil companies, it befits the region to have a strong national oil services company. Commenting on the long-term outlook for the region, he said that while OECD oil and gas demand is forecast to fall due to energy efficiency measures and the growth of renewables, global demand will increase, mainly from Africa, Asia and the Middle East, adding that one-third of the world still lacks access to electricity.

“If you look at the supply side it’s going to come from two places – the Middle East and US shale,” he stated. “US shale growth over the last four years has been based on Wall Street rather than on geology, and the return on investment has been negative, with investors exiting the energy sector and those remaining being much more selective. The measure is free cash flow, not EBITDA growth,” he explained.

Other factors constraining the growth of US shale are the ‘parent-child’ phenomenon, where the wells are drilled as children to the parent, which means they are taken from the same area and only give a small return; and the lack of infrastructure for transporting the associated gas. In contrast, the Middle East is blessed with oil which can be produced sustainably at a low cost.

“So I’m very positive about the Middle East, as there will be an increase in demand which will need to be satisfied by this region. That’s why we are selective in our markets; there are rich resources here to develop,” concluded Foda.