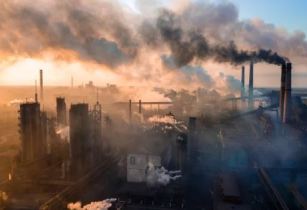 Global methane emissions from the energy sector are about 70% greater than the amount national governments have officially reported, according to IEA analysis

Methane is responsible for around 30% of the rise in global temperatures since the Industrial Revolution, and quick and sustained emission reductions are key to limiting near-term warming and improving air quality. Methane dissipates faster than carbon dioxide (CO2) but is a much more powerful greenhouse gas during its short lifespan, meaning that cutting methane emissions would have a rapid effect on limiting global warming.

“At today’s elevated natural gas prices, nearly all of the methane emissions from oil and gas operations worldwide could be avoided at no net cost,” said IEA executive director Fatih Birol.

“The International Energy Agency has been a longstanding champion of stronger action to cut methane emissions. A vital part of those efforts is transparency on the size and location of the emissions, which is why the massive underreporting revealed by our Global Methane Tracker is so alarming.”

“The Global Methane Pledge must become a landmark moment in the world’s efforts to drive down emissions,” said Dr Birol. “Cutting global methane emissions from human activities by 30% by the end of this decade would have the same effect on global warming by 2050 as shifting the entire transport sector to net zero CO2 emissions.”

European Commission executive vice-president Frans Timmermans said, “Methane is the second biggest contributor to global warming. Rapidly cutting methane emissions is therefore a key part of our efforts to tackle the climate crisis. As established in the Global Methane Pledge, we need more precise data on actual methane emissions. By measuring, reporting, and verifying, we will know where emissions cuts are most urgent. The IEA’s report underscores the necessity of this effort.”