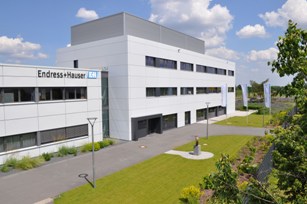 Endress+Hauser, the specialist for measurement and automation engineering, has expanded its center of competence for silicon pressure sensors in Stahnsdorf near Berlin, Germany at a cost of more than 12mn euros

A new production hall was added to the existing building to serve the growing demand for silicon pressure instrumentation. The expansion also includes a new office and laboratory building, as well as a large outdoor area and additional parking.

Endress+Hauser has been operating at the Stahnsdorf Technology Park since 2009, where it bundled its production capacities for silicon pressure sensors, which are also developed directly on site, in 2018. The expansion doubles the floor space at the site to just under 11,000 sq m. The official opening took place on 29 April 2022 in the presence of customers and partners as well as representatives from business and politics.

“Behind the development and manufacture of silicon sensors is a lot of knowledge. Endress+Hauser customers around the world benefit from many years of experience here in Stahnsdorf,” said Matthias Altendorf, CEO of the Endress+Hauser Group. The sensor elements manufactured in Stahnsdorf are important components in high-quality pressure instruments assembled at locations in Germany, the USA, China, India and Brazil. Production takes place in clean rooms that meet the highest standards. In 2021 around 375,000 sensor elements were produced in Stahnsdorf, more than double the figure five years ago.

The expansion of the company's facilities has been accompanied by an increase in the number of employees.

“In 2017 we announced our plans to double the number of employees at the location over the coming years. We have since created and filled around 100 new positions, both in production and development,” said Martin Laqua, general manager of Endress+Hauser in Stahnsdorf.