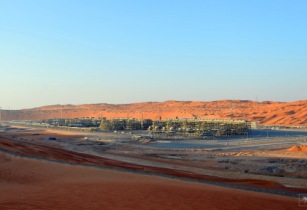 Saudi Aramco’s response team controlled a limited fire at the Shaybah NGL facility, according to the company’s statement

“There were no injuries or interruptions to the oil operations. We will provide further details as they become available,” added the statement.

The gas company stated that at 6.20 a.m. on Saturday, one of the units of the Shaybah NGL facility had been subjected to an explosive-carrying drone attack, resulting in a limited fire that had been controlled.

Khalid Bin Abdulaziz Al-Falih, minister of energy, industry and mineral resources, said that oil production and exports were not affected by the terrorist attack.

The minister also described the attack as “cowardly sabotage”.

Shaybah is located more than 1,000 km from the Houthi-controlled territory of northwestern Yemen.