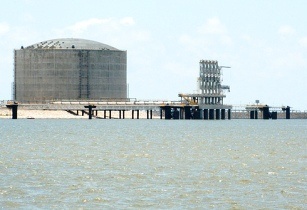 Jordan’s Energy Ministry has announced that the LNG terminal in Aqaba will enable to the country meet its energy needs, once operational in Q1 2015

Mohammad Hamed, energy minister of Jordan, said, “Work on the US$65mn terminal is going as planned. The terminal will give independence to the country in the energy field.”

The project is expected to boost production of natural gas for power generation after the halt in the supplies from Egypt since July 2013, following a series of attacks against the Arab Gas Pipeline in Sinai, Jordan Times reported.

The minister said that Shell has recently won a tender to sell LNG to the Aqaba terminal.

Describing the terminal as a strategic project, Mounir Bouaziz, vice-president of Shell for the commercial region of the Middle East and North Africa, said that it will reduce the government’s energy spending by about US$500mn annually.

“The terminal is a strategic infrastructure in the gas field,” Bouaziz said, adding that demand on gas is expected to double globally and it will also surge significantly in the Middle East.

By 2025, the Middle East is expected to be the second largest market for consumption of gas after Asia, the V-P said.