Natural Gas, and its importance in the low carbon era 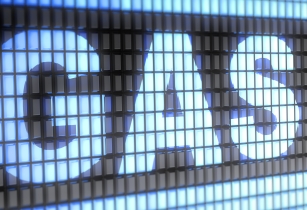 As the world looks to low carbon emission forms of energy, and a speedier adoption of renewable sources, the move from fossil fuels is being accelerated by companies and countries alike

Notwithstanding how admirable and necessary this transition to a low-carbon world is, it is even more crucial that a smoother road to energy transition is established in order to avoid energy shocks – both price and supply. Such energy shocks, as we see post the Russia-Ukraine conflict, have an ability to hamper economic growth across the board, with the least developed nations paying a bigger price than wealthier ones.

With the world shunning coal and oil to a large extent for its power needs, gas is fast turning out to be a lucrative and appealing alternative in the global quest for a low carbon environment. This tag of a ‘less polluting’ and ‘more acceptable’ fuel is well deserved since natural gas as a source of grid power produces nearly 25% less CO2 than oil and a whopping 45% less thermal (lignite) fired plants on a per KwH basis.

This is a fact well acknowledged by both industry insiders and supporters of the 'net zero' movement, who view LNG and, by extension, natural gas as an essential component of the global drive to transition to a low-carbon future.

Natural gas supply increased by an estimated 4.1% globally in 2021, supported by a robust market recovery and, IEA in its recent Gas Market report (Q3 2022) forecasts that, global demand will continue till 2025 with consumption rising from nearly 4,100 bn cu/m to nearly 4,250 bn cu/m. Going forward, most analysts estimate the demand for gas to remain strong while other fossil fuels, notable coal, will see a marked drop in consumption.

Other than the obvious fact that burning gas creates less carbon emissions, the freedom to transport gas, via pipelines or in the form of super chilled LNG on tankers, makes it a versatile and dependable energy source. Even though the International Renewable Energy Agency (IRENA) does state that renewables are currently one of the most affordable and environmentally friendly sources of electricity, it is pertinent to take into account their dependability and continuity when determining the need for an unabated power source since 24X7 of either sufficient sunshine or wind power is not available anywhere in the world.

While surplus energy from renewables can be transformed into hydrogen or stored in batteries, most emissions-free sources generate energy on a use-it-or-lose-it basis. Natural gas can overcome such intermittency issues inherent in renewables, fueling a stable electricity supply that can be easily switched on and off to stabilise the grid.

Post-pandemic demand spurts, coupled with supply shortages have led to sharp natural gas price surges leaving energy consumers reeling across Europe and Asia. The demand for gas as a dependable cog in a country’s energy security apparatus is thus increasingly being felt across the world. It is to this effect that the supply side will be ramping up in the coming years with North America expected to lead medium-term global growth in supply, adding about 85 bn cu/m between 2021 and 2025. The Middle East would come in as the second biggest contributor to global gas supply growth, by adding nearly 70 bn cu/m of production between the same period – representing a nearly 10% increase over its existing output.

As governments across the globe try to balance their lofty goals of a low carbon world, with the dire need of energy security and indeed continuity, the role of gas as a major player in our everyday energy mix cannot be dismissed.

This article is authored by Synergy Consulting.