Iran in talks with neighbours for domestic gas export 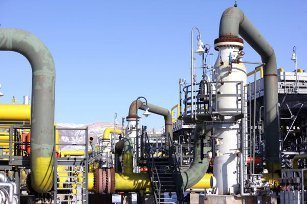 A top National Iranian Gas Co (NIGC) official said recently the company is in talks with neighbouring countries about supplying gas for domestic demand, but these talks have been non-committal.

"It is noted that Iran, as the second largest owner of gas in the world, and for the purpose of marketing its own products, is in constant contact with potential customers and those neighbours interested in purchasing gas," he said in an e-mailed statement to Zawya Dow Jones.

Press TV recently cited Mehr News that Qatar was facing gas shortages at home due to its LNG exports.