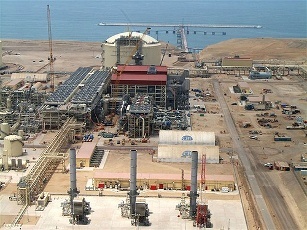 Presenting at Gastech 2011 in Amsterdam, Wood Mackenzie said it expects that around 150 million tonnes of new LNG capacity will need to be sanctioned over the next ten years to meet growing demand for gas, which will require supply from discovered conventional resources, unconventional gas, and yet to be discovered or appraised gas.

Andrew Pearson, Head of LNG Research for Wood Mackenzie told the audience: "Multiple new LNG supply projects have been commissioned in recent years and further new capacity has been sanctioned, which will largely meet growing demand out to 2015. But we expect that a decline in currently operational supply combined with robust demand growth will mean that around 40 new, average sized LNG trains will need to be developed in the next decade. This is equivalent in volume terms to two Qatari mega-trains being sanctioned every year."

"We anticipate that growth in gas demand will come from emerging markets, particularly in Asia, and as a result of declining indigenous gas production from other mature gas markets, such as Europe. Hence, we forecast that LNG trade will increase at an average rate of 6.5 per cent a year out to 2025. It's a significant prize to go after."

Moving onto where the required supply will come from Mr Pearson said: "With Qatar's moratorium on new gas projects following its recent rapid build phase, the LNG industry is looking elsewhere for the next wave of LNG supply. Whether projects are conventional, unconventional or based on exploration, they will come with both project specific and more generic challenges. However, those projects that best manage these challenges will be well placed to contribute to the future LNG supply mix."

With the heightened interest in unconventional gas from coal seam and shale, this is a relatively new source of LNG supply: "To date, two projects in Australia – QCLNG and GLNG – have been sanctioned and others, both within Australia and elsewhere, have been proposed. While unconventional gas has proved to be competitive with conventional projects, issues around gas quality and deliverability remain. A successful track record will need to be established before unconventional gas is considered a 'conventional' supply source for LNG," Pearson stated.

"Countries such as Australia, Russia, Nigeria and Iran have multiple discovered resource opportunities which currently have no binding sales agreements or firm development plan in place. Rising gas demand may encourage the NOCs or IOCs which control or hold the licence for these developments to overcome the political or geopolitical challenges which are currently preventing these from being developed. Australia looks to be the most likely source of future LNG development given its stable fiscal and regulatory system, but costs and partner misalignment may continue to stall some proposals," Pearson continued.

Pearson explained how exploration will play a part in new LNG supply: "Emerging plays include the Rovuma basin in East Africa and the Sinai-Levant Basin offshore Israel which were particularly prolific in 2010. These new gas provinces could contribute significantly to the future LNG supply mix, but to be successful, these resources will have to be cost competitive and have the right shareholders and development concepts to be attractive to potential buyers."

"The future for new LNG supply is bright, but it will remain competitive and the challenge is being involved in the right project, at the right time, with the right partners and stakeholders," concluded Pearson.