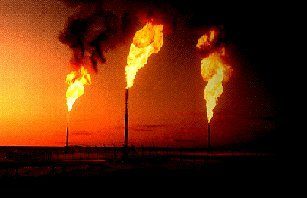 Iran has halted gas flaring from the Soroush and Norouz oil fields in the Persian Gulf, through implementation of a Clean Development Mechanism (CDM) project.

According to a report by Iranian news service Shana, the program was designed to stop daily flaring of 26 MMcm/d (918 MMcf/d) of sweet associated gases, comprising 20 MMcm/d (706 MMcf/d) at Norouz and 6 MMcm/d (212 MMcf/d) at Soroush.

Nader Rahimi, an official associated with the project, said the end to flaring would also provide an extra $25 million in revenue via increased gas deliveries.

Elsewhere, Iranian Offshore Engineering Co. (IEOC) says that pipelay for Phase XV of the South Pars gas / condensate development will start in March, directly after operations have been completed for Phase XIII.

Thereafter, pipelay will be performed sequentially for phases XVII, XV1, and XVIII. A contract was recently awarded for fabrication of steel structures crossing supports, which will be installed at the intersection of the new pipelines with existing lines.

A total of 100 steel supports will be supplied for phases XV, XVI, XVII, and XVIII, each weighing 15 metric tons (16.5 tons). Pipe coating was also due to get underway in February for phases XV and XVI.