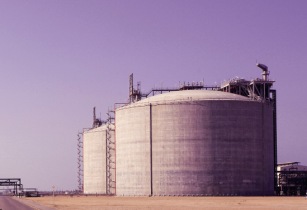 The liquefaction plant’s owner is the company SEGAS, which is 40 per cent owned by Eni through Union Fenosa Gas (50 per cent Eni and 50 per cent Naturgy). The plant has a capacity of 7.56 bcm per year, but has been idle since November 2012.

The agreements provide for the amicable resolution of the pending disputes of Union Fenosa Gas and SEGAS with EGAS and ARE, and the subsequent corporate restructuring of Union Fenosa Gas, whose assets will be divided between the shareholders Eni and Naturgy.

In particular, the participation of Union Fenosa Gas in the Damietta plant (80 per cent) will be transferred 50 per cent to Eni and 30 per cent to EGAS. The resulting shareholding of SEGAS will therefore be Eni 50 per cent, EGAS 40 per cent and EGPC 10 per cent. Eni will also take over the contract for the purchase of natural gas for the plant and will receive corresponding liquefaction rights, thus increasing the volumes of LNG in its portfolio by 3.78 bcm per year, which will be available on an FOB basis, with no destination restrictions.

As regards Union Fenosa Gas’ assets outside Egypt, Eni will take over the commercial activities of natural gas in Spain, strengthening its presence in the European gas market.

The agreement is of primary relevance for all the parties involved and resolves all pending disputes. In particular, Egypt continues along the path of valorisation of the important energy resources developed in the country by Eni and reactivates a strategic asset for the country, while Eni completes an important reorganisation of its portfolio of activities in the Mediterranean area.