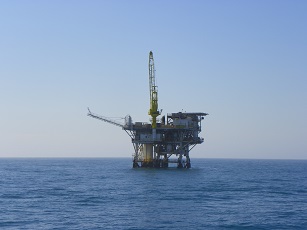 Egypt hosted the signing of the East Mediterranean Gas Forum’s (EMGF) statute in a virtual ceremony on 22 September, formalising its status as an inter-governmental organisation that aims to foster cooperation between regional gas producers, consumers and transit countries

Based in Cairo, the Forum seeks to promote the development of a sustainable regional gas market, and unlock the full gas resource potential in the region for the benefit and welfare of its people.

The Forum brings together founder members Cyprus, Egypt, Greece, Israel, Italy, Jordan and Palestine, and is supported by the EU, World Bank, USA and France, which recently applied for full membership. The EU, which has observer status, has provided technical and financial support, given the potential of the region to make an important contribution to its diversity of supply.

Investor interest in East Mediterranean gas surged with Eni's discovery of the 30 Tcf supergiant Zohr field offshore Egypt, the development of which has played a major role in restoring Egypt’s self-sufficiency in gas. Cyprus and Israel have also made significant discoveries in recent years, with Israel’s Leviathan field coming onstream in 2019. However, regional tensions have hampered the full exploitation of gas resources.

Addressing an EGYPS webinar, HE Tarek El Molla, Egypt’s Minister of Petroleum & Mineral Resources, hailed the event as a “historic day for the gas industry in the region”, heralding an era of cooperation. He commented on the potential of the exploitation of the East Mediterranean’s gas resources in promoting regional economic development as well as peace and social welfare. He added that without the commitment and support of the countries’ leaders, the initiative would not have seen the light of day, and added that the organisation would welcome further applications for membership and observer status.

The Forum would “optimise the energy we have in our countries, whether, producing, transit or consuming countries,” the Minister said. It would encourage unilateral and bilateral relations between members as well as between the organisation itself and other organisations. He gave as examples the agreement between Egypt and Cyprus for a pipeline bringing gas from the Aphrodite field to Egypt’s LNG plants, between Egypt and Greece for a maritime economic zone, and MoUs between Egypt and Jordan for a gas export pipeline and co-operation in energy.

While with Israel, the pipeline that used to export gas from Egypt to Israel, is now being used to import gas from Israel. He added that Egypt is in talks with Palestine and Israel to develop the Gaza Marine gas field, which was discovered in 2000 but has not been developed as a result of tensions between Israel and Palestine.

The Minister said that together with Egypt’s Gas Industry Advisory Committee, the Forum would identify and put forward potential projects, and underlined the importance of being able to monetise the resources for the benefit of the companies developing them and the countries concerned. “We will soon see important projects to create benefits and add value to our countries,” he said.

Turning to Egypt itself, HE Tarek El Molla commented that Egypt’s policy to attract investors had resulted in significant investments, discoveries and growth in upstream production, particularly gas, as a result of which Egypt is once again self-sufficient in energy and looking to resume gas exports. “This is a turning point in our strategy to become a gas hub,” he said.

He added that Egypt had also started to invest in strengthening and expanding the refining industry, with the aim of being self-sufficient in refined products. Major projects are underway in Cairo and Alexandria and more are planned, along with petrochemical projects. Egypt has also made a progress in building pipelines and terminals and has expanded the supply of gas to the national grid.

Commenting on the role of technology, the Minister said Egypt is using the latest seismic technologies such as seismic shorting, which is enabling new prospects to be seen which had not been possible before with traditional technologies. The country is working with service companies to optimise brownfield production, and is improving fiscal terms. Egypt is also focusing on digitalising its systems to provide complete connectivity and integration from the wellhead to the petrol pump. The entire value chain is being connected piece by piece, a process which is expected to be concluded at the end of 2021, he said.