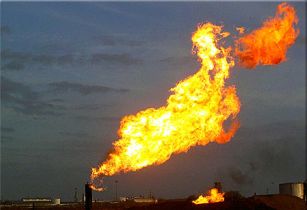 This scenario, which incorporates national energy plans, highlights the growing role of natural gas as a key transition fuel towards an increasingly renewable-based, efficient and sustainable energy system. In this scenario, natural gas demand is expected to rise by 1.6 per cent/year over 2014-2035 and its growth in absolute terms will outstrip that of all other energy sources. The strong expansion of LNG supply and the abundance of both conventional and unconventional resources will help gas to expand its role in the energy mix to the detriment of coal and oil. In a context of increased globalisation of gas markets and diversification of natural gas supply, spot pricing will be a growing component for the commercialisation of gas.

Many countries have policies that should favour gas consumption over other hydrocarbon sources, especially in the power sector. Coal-to-gas switching contributes to a strong decline in the future growth of carbon emissions. However, this will not be enough to reach the +2°C target: emissions in the Cedigaz scenario would put the world closer to a +3°C path.

Highlights from the report regarding the Middle are as follows:

Natural gas demand will pursue its short and medium-term growth trajectory to 2035, rising at a gradual pace of 1.6 per cent/year, under the impulsion of China and the Middle East.

Energy consumption is expected to grow less quickly than in the past (+ 1 per cent/year), as the extent of the economic growth is mitigated by the decline in energy intensity.

The gradual transition in the fuel mix is set to continue, with renewables (hydro included), together with nuclear, accounting for more than half of the incremental energy demand to 2035.

Natural gas stands as the fastest-growing fossil fuel over 2014-2035 (+ 1.6 per cent/year). In contrast, the growth of oil and coal is expected to slow down sharply, with respective annual rates of 0.3 per cent and 0.1 per cent.

In the forecast period, the growth in absolute consumption of gas will outstrip that of all other energy sources. In relative terms, wind and solar are the fastest growing fuel sources through 2035 (+ 8 per cent/year), driven by increasing competitiveness.

Natural gas will increase its relative share in the world primary energy supply from 21.2 per cent in 2014 to 23.9 per cent in 2035, this latter is similar to coal by this horizon. Natural gas is viewed as a bridging resource in the transition towards an increasingly renewable-based and decarbonised energy system.

China and the Middle East lead the way in gas demand growth, accounting for respectively 28 per cent and 24 per cent of the incremental volume over the projection period.

At the national level, the largest growths in gas demand are recorded in China, India, Iran, the US and Saudi Arabia.

Power generation remains the largest source of global gas demand growth and is also the key driver of the diversification of the fuel energy mix against the background of global electrification. The largest growths in gas-fired power generation come from theMiddle East, non-OECD Asia and Africa.

Growth in the industrial sector will also remain robust in petrochemicals and manufacturing in the US and emerging markets (Asia, Middle East and South & Central America).

In CEDIGAZ Scenario, although the future growth of global carbon emissions declines strongly, energy-related CO2 emissions still increase to 34.9 Gt by 2030-2035, corresponding to a +3°C trajectory.