A historic turning point towards a cleaner and more secure future 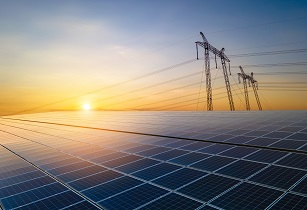 The global energy crisis triggered by Russia’s invasion of Ukraine is causing profound and long-lasting changes that have the potential to hasten the transition to a more sustainable and secure energy system, according to the latest edition of the IEA’s World Energy Outlook (WEO)

With unrelenting geopolitical and economic concerns, energy markets remain extremely vulnerable, and the crisis is a reminder of the fragility and unsustainability of the current global energy system, WEO warns.

Alongside short-term measures to try to shield consumers from the impacts of the crisis, many governments are now taking longer-term steps. Some are seeking to increase or diversify oil and gas supplies, and many are looking to accelerate structural changes. The most notable responses include the US Inflation Reduction Act, the EU’s Fit for 55 package and REPowerEU, Japan’s Green Transformation (GX) programme, Korea’s aim to increase the share of nuclear and renewables in its energy mix, and ambitious clean energy targets in China and India.

In the WEO’s Stated Policies Scenario, these new measures help propel global clean energy investment to more than US$2 trillion a year by 2030. As markets rebalance in this scenario, the upside for coal from today’s crisis is temporary as renewables, supported by nuclear power, see sustained gains. As a result, a high point for global emissions is reached in 2025. Simultaneously, international energy markets undergo a profound reorientation in the 2020s as countries adjust to the rupture of Russia-Europe flows.

“Energy markets and policies have changed as a result of Russia’s invasion of Ukraine, not just for the time being, but for decades to come,” said IEA executive director, Fatih Birol. “Even with today’s policy settings, the energy world is shifting dramatically before our eyes. Government responses around the world promise to make this a historic and definitive turning point towards a cleaner, more affordable and more secure energy system.”

For the first time, a WEO scenario based on today’s prevailing policy settings has global demand for every fossil fuel exhibiting a peak or plateau. In this scenario, coal use falls back within the next few years, natural gas demand reaches a plateau by the end of the decade, and rising sales of electric vehicles (EVs) mean that oil demand levels off in the mid-2030s before ebbing slightly to mid-century.

The share of fossil fuels in the global energy mix in the Stated Policies Scenario falls from around 80% to just above 60% by 2050. Global CO2 emissions fall back slowly from a high point of 37 billion tonnes per year to 32 billion tonnes by 2050. This would be associated with a rise of around 2.5 °C in global average temperatures by 2100.

While clean energy investment rises above US$2 trillion by 2030 in the States Policies Scenario, it would need to be above US$4 trillion by the same date in the Net Zero Emissions by 2050 Scenario, highlighting the need to attract new investors to the energy sector. And major international efforts are still urgently required to narrow the worrying divide in clean energy investment levels between advanced economies and emerging and developing economies.

“The environmental case for clean energy needed no reinforcement, but the economic arguments in favour of cost-competitive and affordable clean technologies are now stronger – and so too is the energy security case. Today’s alignment of economic, climate and security priorities has already started to move the dial towards a better outcome for the world’s people and for the planet,” Dr Birol said.

Russia has been the world’s largest exporter of fossil fuels until its invasion of Ukraine. In WEO’s scenario, Russia’s share of internationally traded energy, which stood at close to 20% in 2021, falls to 13% in 2030, while the shares of both the United States and the Middle East rise.

In the Stated Policies Scenario, the scenario that sees the highest gas use, global demand rises by less than 5% between 2021 and 2030 and then remains flat through to 2050. Momentum behind gas in developing economies has slowed, notably in South and southeast Asia, putting a dent in the credentials of gas as a transition fuel.