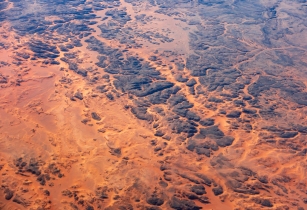 Oil and gas company TransGlobe Energy has reported Q1 net loss of US$55.2mn (US$0.76 per share)

This is inclusive of a US$4.4mn unrealised derivative gain on commodity contracts, representing a fair value adjustment on the company’s hedging contracts as of 31 March 2020.

The company recognised impairments on its PNG assets due to a significant decrease in crude oil pricing during the quarter and the resulting reduction in fair value of these assets. The company recognised impairments on its E&E assets principally due to the scale of exploration results compared to investments to date and consideration of the uncertainly of the timing of additional exploration activities in these areas, given the current economic environment.

The company is updating its economic thresholds for shutting in production in both Canada and Egypt. All operations are subject to a thorough economic review prior to expenditures being approved. At this time, the company has not shut-in any material production, but it is continually monitored.

The company has had no reported cases of COVID-19 among its staff, contractors, or joint venture partners. Business continuity plans have been implemented in all our locations, and operations continue as normal.

Crude oil prices in Western Canada have been significantly impacted by current oversupply into the market exacerbated by the COVID-19-related demand contraction. During the quarter, TransGlobe’s light oil production continued to be produced at a positive field netback. In addition, natural gas prices were relatively strong through the first quarter averaging $1.43/MMBtu.

The company is exploring all avenues to reduce operating costs in its Canadian operations and will consider shutting in production if the economics of shutting in is superior to producing and selling.