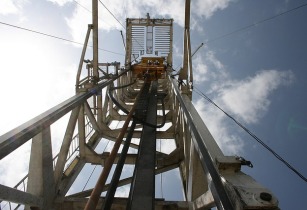 United Oil & Gas PLC  has announced the spudding of the ASD-1X exploration well in the Kuwait Energy Egypt-operated Abu Sennan licence in Egypt, in which United holds a 22% working interest

ASD-1X is a vertical exploration well, located 12km to the north-east of the producing Al Jahraa Field and primarily targeting the sandstone reservoirs of the Abu Roash "C" and "E", with the Abu Roash "G" reservoir providing a secondary target. The targeted reservoirs are expected to be encountered between 3,000m and 3,500m measured depth.

The well will be drilled by the EDC-50 rig, which recently completed the successful ASH-3 development well ahead of schedule and under-budget. It is anticipated that the ASD-1X well will take up to 60 days to drill and complete; if successful the well can rapidly be placed on production through existing infrastructure.

ASD-1X is the second well to be drilled in the 2021 campaign, which is entirely funded from operational cashflow. Subject to final approvals, the joint venture partnership has now agreed a third well for 2021, the AJ-8 development well, which was originally scheduled for 2020 and deferred due to the lower oil price environment. This well will target the Abu Roash and Bahariya reservoirs in an undrained area of the Al Jahraa Field and will be drilled by the EDC-50 rig after completion of ASD-1X.

United's CEO Brian Larkin commented, “The improving oil price environment of recent months has significantly enhanced operational cashflows and improved the economics of additional development wells so it is also very pleasing to have confirmation of the drilling of the AJ-8 development well immediately after completion of ASD-1X.”