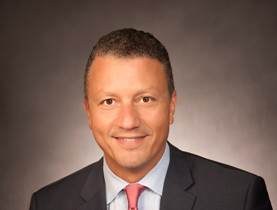 National Energy Services Reunited Corp. (NESR), the first and only NASDAQ-listed oilfield services company in the MENA region, prides itself on its strong ethos of promoting local capabilities, and is looking to play an instrumental role in boosting regional growth.

NESR began as a Special Purpose Acquisition Corporation, or SPAC, focused on investing in global oil and gas services space in May 2017. In June 2018, NESR completed the acquisition of two of the most prominent oilfield services companies in the MENA region, Gulf Energy SAOC (GES) and National Petroleum Services (NPS), creating an industry-leading provider of integrated energy services and solutions in the MENA region.

“We brought the best in class regional companies into the structure,” says Foda. “NPS is concentrated mainly in Saudi Arabia, UAE, Qatar, Algeria and Iraq, while Gulf Energy is mainly focused on Oman, so they have complementary geographic portfolios. In addition, they have complementary services as well, because Gulf Energy is mainly on the drilling tool side and NPS on the completion and production side. So there’s a good fit between the two companies and we now have both the companies capitalizing on each other strengths; as I say, one plus one equals three!”

Foda anticipates increasing service intensity and increasing activity leading to a tripling of demand for the company’s services in the region, due to the decline in the number of ‘easy’ fields as well as faster monetization of new discoveries.

“I think the most important data point which one needs to look at to understand the service industry dynamics in the region is to look at production per rig trends over the last 15 to 20 yrs, you will see that you have at least three times the rig count to maintain almost the same production levels,” he says. He notes that the USA produces around 10 mbpd and drill around 20,000 wells a year while the same production is achieved in the region by drilling a fraction of those wells. So as we go in to the next decade you will see the region service intensity converging towards what we see in North America operations. This is already happening as we have more of this high intensity work, which means the industry will need more services and that is what is the main macro driving our growth.”

He notes too the increased expenditure on developing gas resources to satisfy internal consumption. “The spend on gas is huge.”

Foda added “I believe the compounded annual growth rate in the region will be more than six per cent a year. Our plan at NESR is to be at double this rate as we have the advantage of being small, which means we can grow much faster.”

The region is ensuring it has sufficient capacity by investing in infrastructure as well as in education to increase local capabilities. “National oilfield services companies today account for only around 10-15 per cent of the region’s US$20bn business. There is a big drive to strengthen national content and have the region’s companies run by people from the region. A lot of people are now being trained to become the leaders of the future.”

This is something that NESR has at the top of its agenda. Foda stresses that an important factor in the acquisition of NPS and Gulf Energy was their commitment to boosting local capabilities. “When we looked at our acquisition and looked at NPS and Gulf Energy, versus the others, it was for exactly that reason. They have good portfolios and a good name, but more importantly, good national social responsibility. The key is to invest inside the country, employ people and go to the next level of national content, i.e. manufacturing and R&D.

“Gulf Energy in Oman is already 80 to 90 per cent local content, in terms of its people; the entire management team and all the directors are Omani. On the manufacturing side, we manufacture tools in Oman, and now we are looking to export. That is the highest level of national content, but it takes a lot of investment and effort to build the core expertise. You have to have a belief that this is the right way to deliver sustainable growth, that it makes a difference for the country and you need to believe in it, even though the initial investment costs are high.

“The second aspect, and the ultimate goal of local content, is to invest in R&D to develop fit for purpose solutions for our customers, which we have done in Saudi Arabia – the only national company to do that in the region.  We have invested in Dhahran Techno Valley for oil and gas, taking the same amount of space as GE and Schlumberger, and committed to bring partners from Europe and USA to build a state of the art research lab inside the facility, employing Saudi researchers through a joint project with King Fahad University of Petroleum and Minerals (KFUPM). It’s the first perforation lab outside Houston, here in Saudi Arabia.  It’s a big investment and commitment, but we believe it is the right business model and that’s what will make NESR in Saudi Arabia sustainable, and will aligns NESR to the overall vision of the country.  We are socially responsible, and that’s why our partners are here with us.

“The third aspect is to ensure that you create an environment for your local employees to foster excellence and have them share in the benefits of the results. That is possible as we are a listed company and have publicly traded stocks and are awarding our top performers with company shares. As owners of the company, these employees will be incentivised to drive the overall growth. This is line with our motto “ from the region, for the region”.

NESR’s aim is to become the largest National Oilfield Services company by far, says Foda. “We are already the biggest in the region, but we want to be the largest national company that competes internationally with all the majors. We want to quadruple the company size in five years.

“We want to enlarge our geographical footprint, and be as big in North Africa and the rest of the GCC as we are in Saudi Arabia and Oman. We have a strong ambition to grow in Africa as well. We are in discussion with ministers of countries in Africa and I believe there is potential for collaboration between MENA and Africa. There are a lot of similarities, and we can export and import people as well.  Corporate Social Responsibility (CSR) in Africa is badly needed.”

The company also has high standards in terms of its service offering. “We bring in partners that we know have the best technology,” says Foda. “The whole ecosystem of technology is different than it was ten years ago, when the biggest three or four companies developed everything in-house. Now this dynamics have changed. It‘s the small companies which are leading the innovation and have something very unique, and we as integrators look at how can we put this together and offer it to the client to address their challenges. The key is to be honest and transparent and put together a package that is fit for purpose. So for the unconventional reservoirs development, which we are now working on, we are bringing best in class technologies, putting them together as a package and going to the customer with it. Some of the technology will be ours, some of it will be provided by our partners.

“We are happy with our structure, and the fact that it gives transparency to a national company, which is very unique,” Foda concludes. “We are the first national company in the region that has gone public on NASDAQ, one of the largest and stringent stock exchanges. That’s our vision, we brought in public investors to give the company a strong and diverse investor base which has participation from the Middle East, North America and Europe. This will allow the company to grow much faster than everyone else. Our technology partners appreciate the fact that we are transparent and are US-compliant. This governance structure is unique in the region, and it is something which I am very proud of.”