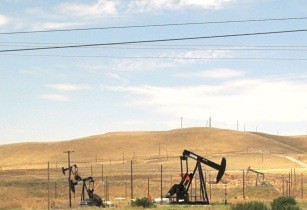 A new progressive cavity pump (PCP) has been installed in a well, which has produced 90 barrels per day for the last 12 days.

MENA also completed installation of required production facilities in the field with three oil storage tanks, a water tank, and a 500 barrel fuel tank, and has connected all producing wells with flow lines, a press release from the firm stated.

The company has signed an agreement with Middle East steam operator Steamtech and Co to provide steam injection equipment and personnel to start the steam injection operation in the field on two Lagia wells. It is expected that production volumes from the wells will be significantly improved as the quality of sandstone reservoir and oil gravity is good, said the release.

DeGolyer and MacNaughton Canada Limited evaluated the Lagia oil field and estimated the field's reserves to be four million barrels of oil. The company plans to develop its reserves with primary and thermal recovery methods.

MENA is also aiming to drill a 1,524 metres exploration well in 2013 to identify the source of API oil that was recovered in the Lagia concession.

Up until now it has delivered 4,600 barrels of crude oil inventory for sale to the General Petroleum Corporation of Egypt at an agreed price of US$77 per barrel, the release added.