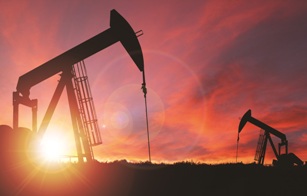 Shell has joined bp and Equinor in announcing its exit from its Russia joint ventures, with more companies expected to follow suit following Russia’s invasion of Ukraine

Shell announced its intention to exit its joint ventures with Gazprom and related entities, including its 27.5% stake in the Sakhalin-II liquefied natural gas facility, its 50% stake in the Salym Petroleum Development and the Gydan energy venture.

Shell also intends to end its involvement in the Nord Stream 2 pipeline project connecting Russia with Germany. Germany last week said it was stopping certification of the pipeline indefinitely, while the USA has placed sanctions on the Gazprom subsidiary building it, Nord Stream 2 AG

At the end of 2021, Shell had around US$3bn in non-current assets in these ventures in Russia. The company expects that the decision to start the process of exiting joint ventures with Gazprom and related entities will impact the book value of its Russia assets and lead to impairments.

This follows bp’s announcement on 27 February that it will exit its 19.75% shareholding in Rosneft, which it has held since 2013. Additionally, bp chief executive officer Bernard Looney is resigning from the board of Rosneft with immediate effect, along with former bp group chief executive Bob Dudley.

The resignations will require bp to change its accounting treatment of its Rosneft shareholding and, as a result, it expects to report a material non-cash charge with its first quarter 2022 results.

bp, which has operated in Russia for more than 30 years, will take a significant financial hit, paying a US$11bn charge when it writes off foreign exchange losses that have accumulated over the last few years and another charge relating to the value of its stake.

bp chair Helge Lund said, “This military action ... has led the bp board to conclude that our involvement with Rosneft, a state-owned enterprise, simply cannot continue. We can no longer support bp representatives holding a role on the Rosneft board. The Rosneft holding is no longer aligned with bp’s business and strategy and it is now the board’s decision to exit bp’s shareholding in Rosneft. The bp board believes these decisions are in the best long-term interests of all our shareholders.'

The actions of bp and Shell were welcomed by the UK government.

Norway’s Equinor has also announced that it will stop new investments into Russia, and start the process of exiting its Russian joint ventures, regarding its position as “untenable”.

Equinor has been in Russia for over 30 years and entered a cooperation agreement with Rosneft in 2012. At the end of 2021 Equinor had US$1.2bn in non-current assets in Russia. The company expects that the decision to start the process of exiting joint ventures in Russia will impact the book value of its Russian assets and lead to impairments.

France’s TotalEnergies, which has a signficicant Russia involvement and owns a 19.4% stake in Novatek, Russia’s largest producer of LNG, has stopped short of divesting its Russian assets, but has said that it will not be providing capital for new projects in Russia.