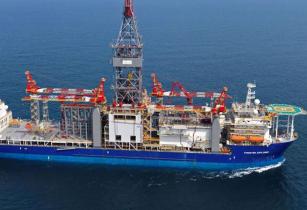 Total’s well offshore Lebanon has not been able to find a reservoir in the Tamar formation, which was the target of this exploration well

“Total E&P Liban has completed the drilling of Byblos well 16/1 on Block 4 to a depth of 4,076 m,” state news agency NNA reported.

The joint venture between Total and ENI, which owns a 40 per cent stake separately, and Novatek, which controls the remaining equity, operate the well located 30 km offshore Beirut and has been drilled at a depth of approximately 1500 m.

Ricardo Darré, the managing director of Total E&P Liban, said, “We are satisfied to have drilled the first ever exploration well in the Lebanese offshore domain, according to the initial program.

“We thank the Ministry of Energy and Water and the Lebanese Petroleum Administration for their invaluable support notably to overcome the challenge resulting from the Covid-19 crisis. Despite of the negative result, this well has provided valuable data and learnings that will be integrated into our evaluation of the area.”

The well exploration penetrated the entire Oligo-Miocene target section, where evidence traces of gas confirmed the presence of a hydrocarbon system. However, it did not encounter any reservoirs of the Tamar formation, which was the target of the exploration well.

Based on the data acquired during drilling, studies will be conducted to understand the results and further evaluate the exploration potential of the Total operated JV blocks and for offshore Lebanon, the report added.