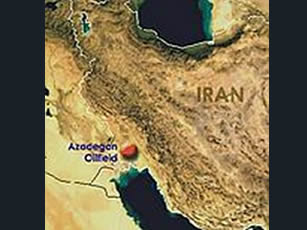 IRAN AND CHINA have signed a US$1.76 billion deal for the initial development of Iran's North Azadegan oilfield, Iran's official IRNA news agency has reported. The deal was signed between the China National Petroleum Corp. and the National Iranian Oil Co.

China's foreign ministry spokeswoman, Jiang Yu, has said that the development by China and Iran would help stabilize the oil market. Jiang said China and Iran have a "normal relationship" in relation to energy cooperation. "This is of positive significance when it comes to the stabilisation of the oil market," she said. The North Azadegan oilfield, has estimated reserves of 6 billion barrels and can produce 75,000 bpd for 25 years, the IRNA report said.