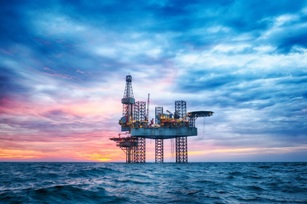 Claudio Descalzi, CEO of Eni, has met with the President of the Arab Republic of Egypt, Abdel Fattah el-Sisi to discuss Eni’s activities in the country and the areas of common interest and collaboration

The main issues addressed were the production of natural gas and LNG exports, areas in which Egypt has acquired a central role in the Mediterranean since Eni’s discovery of the Zohr gas field. The Minister of Petroleum & Mineral Resources Tarek El-Molla was also present at the meeting.

The parties discussed Egypt's vision of becoming a regional gas hub, leveraging existing LNG plants. Eni currently produces around 80% of gas destined for the domestic market for electricity generation. The company is also committed to supporting local production through an ambitious exploration and development campaign. This will also contribute to exports through the Damietta liquefaction plant, which was successfully restarted in 2021, and helping Egypt become a net LNG exporter.

Mr Descalzi also explained Eni’s commitment to accelerating the decarbonisation of its activities, and to develop CO2 capture and storage (CCS) and hydrogen production projects already defined in 2021. Specifically, in Damietta, following the MoU signed in July 2021, Eni is engaged in the development of decarbonised hydrogen coupled with a CCS project aimed at the production of blue ammonia. This project can be further expanded to decarbonise the industrial area of Damietta, with a total of 5mn tons of CO2 captured in the first phase. Furthermore, besides the existing initiatives to substitute gas with renewable energy sources, the parties discussed a wide solar power project for civilian use, with a range of several gigawatts.

Finally, the parties discussed the upstream activities in the country, where in addition to the existing exploration portfolio, Eni has recently been awarded five new licences located in prolific basins, and close to its production plants, for an efficient and rapid exploitation of any exploratory discoveries.

Eni has been present in Egypt since 1954, where it operates through the subsidiary IEOC. The company is currently the country's leading producer with an equity production of hydrocarbons of approximately 360,000 barrels of oil equivalent per day.