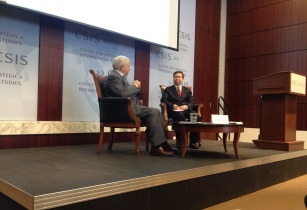 The World Energy Council (WEC) has predicted that the global demand for energy will peak before the year 2030, despite historic growth trends which have seen demand double since 1970

The findings come in a new set of exploratory scenarios, developed in collaboration with Accenture Strategy and the Paul Scherrer Institute, which were launched at the 23rd World Energy Congress in Istanbul by the World Energy Council.

Speaking at the report launch Ged Davis, Executive Chair of Scenarios, World Energy Council, said: “It is clear that we are undergoing a grand transition, which will create a fundamentally new world for the energy industry. Historically people have talked about Peak Oil but now disruptive trends are leading energy experts to consider the implications of Peak Demand. Our research highlights seven key implications for the energy sector which will need to be carefully considered by leaders in boardrooms and staterooms.”

The report goes on to highlight that there will be a shift in final energy consumption with demand for electricity doubling by 2060. Solar and wind, which currently account for approximately four percent of power generation, will see the largest increase so that by 2060 they will represent between 20 per cent and 39 per cent of power generation.

Fossil fuel usage could fall to as little as 50 per cent of the primary energy mix in one of the scenarios, with very differing futures for coal, oil and natural gas. However, in all three scenarios the carbon budget is also likely to be broken within the next 30 to 40 years. Oil will continue to play a significant role in the transportation sector representing over 60 per cent of the mix in all three scenarios to 2060 and natural gas will continue to increase at a steady rate.