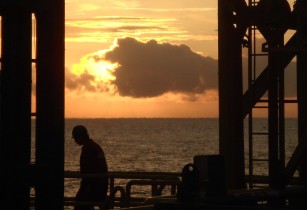 Brian Larkin, CEO of United Oil & Gas (UOG), said the result of the El Salmiyah-5 well on the Abu Sennan concession in Egypt has significantly exceeded the company’s pre-drill expectations

With a headline figure of c. 8,700 boepd on test from the primary target in Kharita, the results further builds on the success of the last 12 months which has seen UOG’s share of production increase significantly.

The well was targeting previously undrained reservoirs of the El Salmiyah Field, focusing primarily on the Kharita Formation, and secondary objectives in the Abu Roash C and Abu Roash E. After logging, testing, and completion, the rig was released on 21 May 2020.

The net pay was found at all of the targeted intervals, totalling more than 120m for the well and significantly exceeding pre-drill expectations. The main target interval of Kharita was found to be approximately 16m shallow to of, indicating a larger than expected undrained area updip of the existing wells in the field.

The CEO stated, “When coupled with the outstanding result from the ASH-2 well, which was announced in January, and which is still producing at more than 3,000 bopd, from a production point of view, the timing of our entry into the Abu Sennan licence could not have been better.

“The well result is a further realisation of the value we identified in the licence, and is likely to lead to our net production levels from the licence rising to over 2,500 boepd in the coming weeks - a significant increase from January 2019, the effective date of the purchase of the asset. Importantly, with operating costs of around US$6.5/bbl, this production is highly profitable at today’s oil prices.

“We firmly believe there is significant additional potential across the Abu Sennan licence - and with further development going ahead to bring gas from the ASH field into production this year, and with a deferred drilling programme ready to be re-instated should market conditions improve, we are looking forward to further activity and newsflow from the asset.”