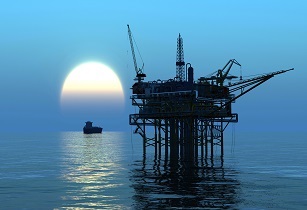 Chariot Oil & Gas, the Africa-focused energy company, has negotiated the key terms of a new licence, Rissana Offshore, in Morocco

The formal award of the licence is anticipated to occur in 2021 and is subject to the normal Moroccan regulatory procedures and approvals.

75% interest and operatorship of the Rissana licence will be awarded to a wholly owned subsidiary of Chariot Oil & Gas Limited in partnership with the Office National des Hydrocarbures et des Mines (ONHYM) which will hold a 25% interest. Rissana (approximate area 8,476 sq km) will completely surround the offshore boundaries of Chariot’s existing Lixus Offshore Licence (approximate area 2,390 sq km), which contains the Anchois gas discovery, as well as covering the most prospective northern areas of the previously held Mohammedia offshore licence and Kenitra offshore licence.

Mohammedia and Kenitra licences have been relinquished by Chariot and ONHYM to allow incorporation of prospective areas already covered by 3D seismic data into the Rissana licence, which captures prospective acreage in various plays including the Mio-Pliocene gas play surrounding the Lixus licence and on-trend with the Anchois Gas Discovery.

The initial minimum licence commitment is the acquisition of a 2D seismic survey, over a portion of the acreage, which will help to evaluate the extension and potential of these gas plays across Rissana.

Adonis Pouroulis, acting CEO, commented, "While 2020 has been a challenging year for many, we believe that Chariot is exiting the year in a very strong position. With the anticipated formal award of the Rissana licence expected in 2021, we have shown Chariot’s strong commitment to both the Anchois gas project as well as to Morocco.

“We look forward to a highly active 2021 that will see us drive the Anchois development towards near term cashflows. We also anticipate completing Chariot’s full transformation to an energy transition group with the introduction of exciting new ventures in the New Year, which we look forward to updating our investors on in due course.”