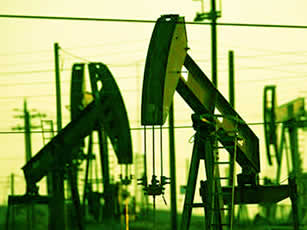 CIRCLE HAS ANNOUNCED that the Al Amir SE-2X appraisal well has been drilled in the onshore North West Gemsa Concession in Egypt. Circle has confirmed a discovery in the Kareem Formation sandstones, with the well testing 41 degrees API oil and gas at sustained average rates of 5,785 bopd and 7.8 MMscfd using a 64/64" choke from the lower of two identified pay zones.

The well, which is the first appraisal well to be drilled on the Al-Amir SE-1 ST discovery, is currently being completed as a potential producer. Logging results indicate that the total net thickness of the two pay zones is approximately 13 m. The upper pay zone identified in the Formation is 6.7 m thick and will be tested to confirm its flow rate potential at a future date when the area will be further appraised and brought into commercial production. A full technical evaluation of all the results is underway to permit development planning and is a precursor to further assessment of the resource.

An assessment of reserves has not yet been completed. The NW Gemsa concession covers an area of over 400 sq km and lies about 300 km southeast of Cairo, in a partially unexplored area of the Gulf of Suez Basin. The concession agreement includes the right of conversion to a production license of 20 years, plus extensions, in the event of commercial discoveries. The North West Gemsa Concession partners include: Vegas Oil and Gas (50 per cent interest and operator); Circle Oil plc (40 per cent interest); and Premier Oil plc (10 per cent interest)."This successful appraisal well is yet more excellent news for Circle Oil," said David Hough, CEO of Circle.

"We can be justifiably very happy with the results of our ongoing drilling programme as we have discovered commercial hydrocarbons in five of the last six wells drilled. These drilling successes further strengthen the company's position and we look forward to the continuing appraisal of this growing asset and its conversion into production revenues as soon as possible."