The 20th World Petroleum Congress (20th WPC) Organizing Committee has issued its Final Call for Projects, inviting oil and gas companies around the world to share their knowledge and expertise with delegates and attendees at the industry's largest and most prestigious oil and gas event, being held in Doha in December. 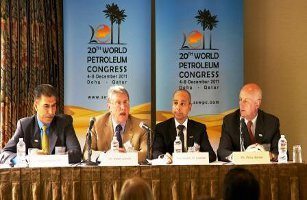 Fahad Al-Tamimi, Head of Social Responsibility for the 20th World Petroleum Congress stated that, "Petroleum companies are working hard to ensure they make a positive contribution to the communities in which they operate. The SRGV offers companies a chance to showcase their efforts in this area and to share their experiences with other companies."

The 20th WPC Organizing Committee invites companies and organizations to submit projects and initiatives they believe best illustrate the link between corporate social responsibility and human development. The Committee is particularly interested in projects that encourage open collaboration and partnerships between non-governmental organizations and petroleum companies.

Those interested in showcasing their project or initiatives at the Social Responsibility Global Village during the 20th WPC are kindly requested to submit an abstract by 31st May 2011. More information can be found on the official website.

The triennial congress, the largest of its kind in the world, with more than 4,000 delegates, 600 media and over 550 presenters, is being hosted by Qatar Petroleum and will be held at the Qatar National Convention Centre (QNCC) between 4 and 8 December.

For the first time since its establishment in 1933, the World Petroleum Congress will be hosted in the Middle East. Companies that have already confirmed their participation at the exhibition include Shell, ExxonMobil, BP, TOTAL, Chevron, ConocoPhillips, Saudi Aramco, Dolphin Energy, Oxy, Oryx, Maersk Oil, Petrobras, Statoil, CNPC, ENI, PDVSA, Ecopetrol, Schlumberger, Halliburton, Weatherford, Chiyoda, GE, Technip, Siemens and many others.

More than 30 major sponsors have also confirmed their interest and almost 95 per cent of available exhibition space has already been booked. The exhibition accompanying the 20th WPC is expected to cover 35,000 square metres, making it the largest WPC exhibition in its history.