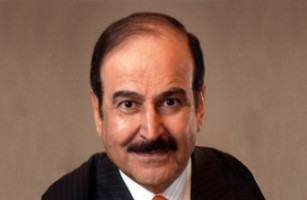 Cabinet approval for the deal has been received and a royal decree is set to be issued this week. Immediately after that, the company will start work, Dr Mirza said.

"Cabinet approval for the deal has been received and a royal decree is set to be issued this week. Immediately after that, the company will start work," Dr Mirza said.

"This is a major step forward for Bahrain's oil and gas industry," he said, speaking on the sidelines of a ceremony to open the Middle East Oil Show and Conference (MEOS) at the Bahrain International Exhibition and Convention Centre."

"We will now be able to drill deeper than ever before," he said.

"Occidental will carry out drilling for gas at depths of up to 20,000 feet and Bahrain would not be charged for the operations since all drilling costs would be borne by the company for the first seven years by then it would be known whether they have found results."

He said if gas were to be found, there would be a negotiation process but if there is no gas, it would not be a loss to Bahrain. Dr Mirza said, however, the cost of operations to the company over the seven-year period could be between US$100-200mn.

Bahrain had, in February, signed the deep gas exploration and production sharing agreement with Occidental. The deal is also part of 12 National Oil and Gas Authority-led initiatives to optimise the use of natural resources and ensure sufficient gas supplies to meet future needs.

The US company won the contract, beating three other bidding firms which were in the fray. The deep-gas exploration will last seven years - a four-year phase followed by a second three-year stage.