Core GCC OPEC producers will benefit most from upturn 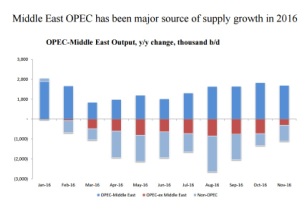 The core GCC OPEC producers will benefit most from the upturn in the market, said Bassam Fattouh, director, Oxford Institute for Energy Studies, in a presentation given at the Energy Institute’s IP Week conference in London on 22 February

Investment in the upstream oil and gas sector in the Middle East declined during the downturn but only marginally (and in nominal terms), with many countries still on track to achieve their ambitious plans of increasing productive capacity, although some delays are possible in some countries, Fattouh said.

Saudi Arabia, for example, is on track to bring more big fields online, and is focusing on the development of its gas reserves with ambitious plans to increase the share of gas in the energy mix. Abu Dhabi plans to boost crude output capacity to 3.5mn bpd by 2018 with offshore fields contributing most of the output growth, while Kuwait plans to expand capacity to 4 mn bpd by 2020, with total expenditure on the energy sector over the next five years projected to amount to US$112 bn. 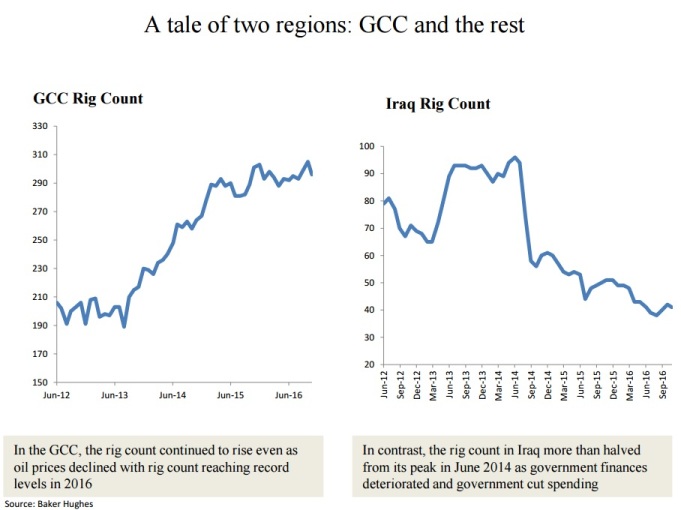 But this is a tale of two regions: GCC countries continue to investment and increase productive capacity while Iraq is suffering from lower investment, especially in much needed infrastructure, and reduced activity.

Fattouh argued that in Iran, progress has been slow, and despite the flurry of deals announced, these are still very preliminary and without foreign investment and technology, Iran’s upside potential from current production levels is limited. The opening of Iran will open opportunities for IOCs to increase their exposure to a large reserve base, but given the risks involved, such opportunities will be captured by those companies which have the patience and capability to manage the risks.

During the downturn, the core GCC OPEC producers consolidated their position by continuing to invest in their upstream sector, reflecting their long-term thinking, and hence will benefit the most from the upturn in the market, concluded Fattouh.  The rest of OPEC and most of the non-OPEC producers will have to play catch up.