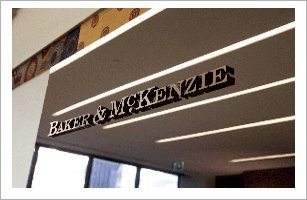 Announcing the partnership, 20WPC Organizing Committee Chairman Issa Al-Ghanim stated, "We are honored to partner with Baker & McKenzie and look forward to working with them to ensure that the 20WPC is the most 'green' congress to date. Social Responsibility is a key element of the 20WPC, and with the help of Baker & McKenzie we will offset the carbon footprint of the congress in the most sustainable and efficient manner."

The five-day congress, the largest of its kind in the world is set to attract over 4000 delegates, 600 media and over 550 presenters, and is being hosted by Qatar Petroleum.

Baker & McKenzie's Gulf Managing Partner Borys Dackiw said, "We are incredibly honored to be collaborating with this prestigious congress and we look forward to providing a key service of advising the 20WPC Organizing Committee on the Carbon Offset Initiative and auditing the Carbon Offset programme. Baker & McKenzie is a pioneer in climate change law, and our firm's respect for the environment extends to how we do business. Our oil and gas lawyers represent many of the world's leading exploration and production companies including the super-majors and national oil companies."

The WPC will take place at the Qatar National Convention Centre (QNCC). Opening later this year, the QNCC boasts an iconic design and cutting-edge facilities in a green technology venue. It is the first facility of its kind that is being built to the gold certification of the U.S. Green Building Council's Leadership in Energy and Environment Design (LEED).

Since its establishment in 1933, this is the first time that the World Petroleum Congress will be hosted in the Middle East.