Chinese companies looks for big business in the Middle East 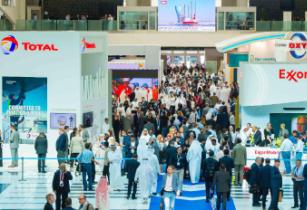 Major Chinese companies will be present at the Abu Dhabi International Petroleum Exhibition and Conference (ADIPEC), which is going to be held from 13-16 November 2017, as they look to secure an increasing share of global resources and markets

Almost 160 Chinese companies have confirmed their participation in the event, booking around 2,600 sq m of floorspace, with the Chinese national pavilion now ranking among the largest within the exhibition halls.

The highest profile presence is from China National Petroleum Corporation (CNPC), which has signed platinum sponsorship agreement for the event.

“Abu Dhabi is a global hub for the oil and gas industry, and ADIPEC offers a gateway to new partnerships in the Middle East, Africa and beyond,” said Yueliang Guo, executive director of CNPC International (HK) Ltd. “Being at ADIPEC gives us access to the very top level of decision makers at every layer of the oil and gas industry, contributing to sustainable long-term growth for our business,” Guo added.

With the oil exporting countries looking for new markets and opportunities for downstream investment, China and the Gulf Cooperation Council (GCC) states are moving to develop closer bilateral business partnerships.

CNPC has been a joint-venture partner in Abu Dhabi’s Al Yasat Petroleum Operations Company and the Abu Dhabi National Oil Company (ADNOC). In 2017, CNPC and China Energy were both awarded stakes in Abu Dhabi’s onshore concessions, with a total Chinese share of 12 per cent, alongside other international partners and ADNOC.

In March 2017, Saudi Arabia and China signed a series of preliminary deals that could be worth up to US$65bn if finalised in oil and gas and petrochemical sector.

“China is the second-biggest consumer of oil after the United States, and the GCC is the biggest supplier of oil, so it is clearly in the interest of both sides that they develop closer economic and trade ties,” said Christopher Hudson, president of global energy at dmg events.

“ADIPEC helps create those ties, while also offering a platform for deal-making beyond the Middle East. We bring together one global industry, in one city, at one time, driving growth, forging ties, and creating partnerships. Any company that is serious about building a global footprint comes to ADIPEC,” Hudson explained.