TOTAL’s investment plans will not be derailed by the current low oil price, according to the company’s president of exploration and production 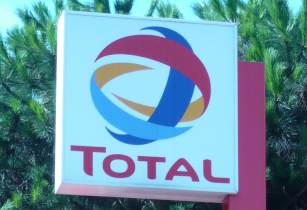 TOTAL works with a number of partners in Abu Dhabi, including ADMA-OPCO, ADGAS, GASCO and Dolphin Energy. (Image source: davidneubert.com)

Speaking at a TOTAL press conference at ADIPEC in Abu Dhabi, Arnald Breuillac said, “None of our strategic projects will be influenced by the short-term evolution of the market. For now there is no immediate impact.”

No cuts are currently envisaged to the company’s investment budget, Breuillac added and ongoing projects would continue. Large companies such as TOTAL are “made to weather these fluctuations”, he stated.

Breuillac commented that the industry had enjoyed “unprecedented stability” in the oil price for the last four years, despite the regional tensions, reflecting the balance between supply and demand. US$100 dollars a barrel is a “good level to maintain the balance and to encourage new production,” he said, noting that the drop in the oil price reflected the slight oversupply.

“The issue of balance and how the price stabilises is related to the capability of the industry to renew oil to market and how this fits with demand,” he said, discussing the various factors influencing supply and demand such as the slowdown in global economic growth, the move towards energy efficiency and the capability to develop ‘new’ oil; the development of unconventionals has “changed the paradigm of the industry”. Breuillac commented that it was too soon to say whether the short-term imbalance would turn into a long-term trend, but predicted that the oil price would not stay at US$80 per barrel for very long.

TOTAL had increased its exploration budget three years ago to enable the company to deliver its planned projects and is currently in the process of finalising its budget for next year, said Breuillac. The budget for the next three years would depend on the outcome of the review that is currently underway and which is expected to be completed by February 2015. The low oil price has been giving increasing impetus to TOTAL’s cost reduction initiatives and the company will continue with its programme of capital discipline and “doing more with less”. TOTAL has a “strong roadmap for the next three years”.

Breuillac reaffirmed TOTAL’s commitment to ‘better energy’ and to Abu Dhabi, continuing the legacy of deceased CEO Christophe de Margerie. Breuillac pointed to the large number of partnerships with ADNOC - ADMA-OPCO, ADGAS, GASCO, Dolphin Energy and as shareholder in the ADCO concession until its expiry in January 2014 - while looking to the future with the Shams 1 solar energy project. Commenting that innovation and technology sharing, a theme of the ADIPEC conference are “key to the future”, he stressed TOTAL’s commitment to assisting Abu Dhabi to reach its production target of 3.5mn bpd and to improve reservoir recovery.

Commenting on TOTAL’s operations elsewhere in the MENA region, Breuillac highlighted the strong exploration potential in the Kurdistan Region of Iraq where “the contractual terms are acceptable to take the exploration risk”. He expressed confidence that commercial oil would be developed and that an agreement would be reached between the Kurdistan Regional Government and Baghdad for exporting oil from the Kurdistan Region of Iraq. The security situation is being closely monitored. In southern Iraq operations have been relatively unaffected by the IS uprising with production holding steady.

Breuillac commented that TOTAL’s operation in Yemen was “important for the country and important for TOTAL.” The company has been working closely with the Yemen government to ensure the safety and security of its workers and is monitoring the security situation daily, he added.