UK-based oilfield services company Expro has announced that it has won oilwell integrated services contracts worth US$50mn in Saudi Arabia, aiding its expansion plans in the Kingdom 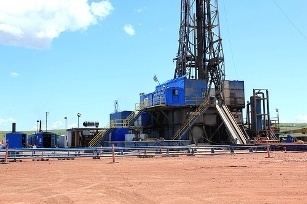 Expro will focus on servicing 160 wells across four different sites in Udhailiyah in the eastern province of Saudi Arabia. (Image source: Lindsey Gira/Flickr)

Currently exhibiting the 2013 ADIPEC conference, the company said it had signed a two-year deal with a major Saudi Arabian operator, which includes an option to extend the contract for an additional 12 months.

The company’s Middle East and North Africa (MENA) business development manager, Hussein Elsisi, said, “Saudi Arabia was identified as a country with high-growth potential for Expro and we are delighted to cement our position through such key contracts. Our operational activity in the area continues to be at an elevated level, due to the number of planned oilwells to be drilled in the next few years."

Earlier this year, Expro celebrated its 40th anniversary. The company has developed technologies in areas like well testing, drill stem tests, along with wireless well solutions. Expro has been exhibiting for more than five years at ADIPEC.

Talking about ADIPEC, the business development manager said the event attracts and speaks to a global audience, striking the right balance between regional and international relevance.

“We are delighted to increase our presence this year and demonstrate our capabilities across a range of products and services,” Elsisi said.

Expro has unveiled a range of technologies at ADIPEC 2013, including a prototype of the HawkEye V downhole camera, a new HP/HT Drill Stem Testing (DST) BigCat packer and a Expro Annulus operated Circulating and Test (ExACT) tool.

In addition to new product launches, the Expro stand at the 2013 ADIPEC also features some of its most recent products, including the SafeWells well integrity software, SONAR meters range and Advanced Reservoir Testing (ART) services using the Cableless Telemetry System (CaTS™).

Speaking about Expro’s main markets, Elsisi said the company has a strong presence in the MENA region, with extensive operations in Saudi Arabia, Iraq, Oman, Algeria, Egypt and Libya.

“We are looking to expand our business selectively into other key markets within the region,” Elsisi added.

The company expects to witness significant growth in its core markets over the next one year. Elsis said Iraq and the Kurdistan Region of Iraq were very promising markets for the company, where he expected to see further growth in early production facilities, well testing and intervention. Operations in Libya is expected to remain challenging in the near term, but Expro said it saw long-term growth opportunities in the country.

Expro has identified well flow management as a key area of business in its core markets.