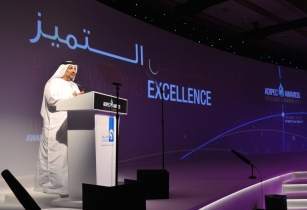 GASCO, PDO and Qatar Shell were among the winners at the 2013 ADIPEC Awards. (Image source: ADIPEC)

GASCO's Integrated Gas Development Project (ADMA-OPCO and ADGAS) won the award for 'Best Gas & Oil Project', while the Kuwait Oil Company was recognised in the 'Best Gas & Oil Innovation or Technology' category for its work in the Kuwait Intelligent Digital Field.

Despite being only the third time the awards have taken place, the event has become a key feature of ADIPEC with submissions posted by 79 organisations, of which 18 entries across six categories were shortlisted for the awards last month. 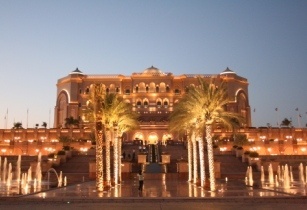 Two new award categories were added to rostrum this year. The 'Empowerment of Women in Gas and Oil Industry' award was won by Petroleum Development Oman (PDO) for its 1st Omani Female Graduate Field Operations Engineers, while the 'Young ADIPEC Engineer' award was won by Mariam Abdulla Al-Hendi, who at 25 years' old, was noted for her work at GASCO.

Al-Hendi, who said she was "honoured and shocked" to win the award, remarked, "This feels like real encouragement for me, and acknowledgement that I am going in the right direction with my work, which is great. I would really like this to offer inspiration to other young people, especially girls, to go on and follow their passion, regardless of the industry."

The 'Empowerment of Women in Gas and Oil Industry' award was received by Intisar Al Kindy on behalf of PDO, who said, "This is a very proud moment, not just for me and for PDO, but for all women working in the industry.

"The project is about getting female operators in the field, and it is a pioneering project - the first in Oman. We started with a small group of 15 ladies who completed the first round and they should be in the field now working in operations. I'm delighted that we have made such a positive difference to the lives of these women."

Mohammed A Sahoo AlSuwaidi, Director – Gas Directorate at ADNOC, and Chairman of the ADIPEC 2013 Conference, praised all of the evening's winners, stating, "All winners should be proud of their outstanding achievements during the year, which has been one of the most competitive we've ever seen at ADIPEC. I hope this recognition inspires our winners to continue to make a difference, and to all those in the industry, to strive for excellence."