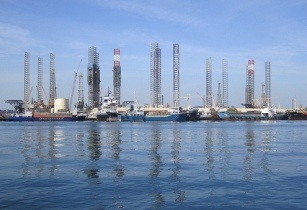 The findings show huge potential for the UAE gas market, revealed project leader Fahad al-Ameri who attended a technical session at the Abu Dhabi Petroleum Exhibition and Conference (ADIPEC) in the UAE capital.

"The good news [is that] it is a very extensive formation. We have it almost everywhere. It is the source rock feeding our conventional reservoirs," Ameri said of the project.

"We are going to go ahead and produce it in the near future," he added.

The companies used multi-stage acidic fracturing so commercial gas flows from the almost impermeable limestone and dolomite of ’s Diyab formation, expected to be the source rock from which oil and gas could drift into the emirate’s largest oil fields.

The tests were successful in physically and chemically opening channels in the dense rock through which gas could flow at a steady rate into the well bore.